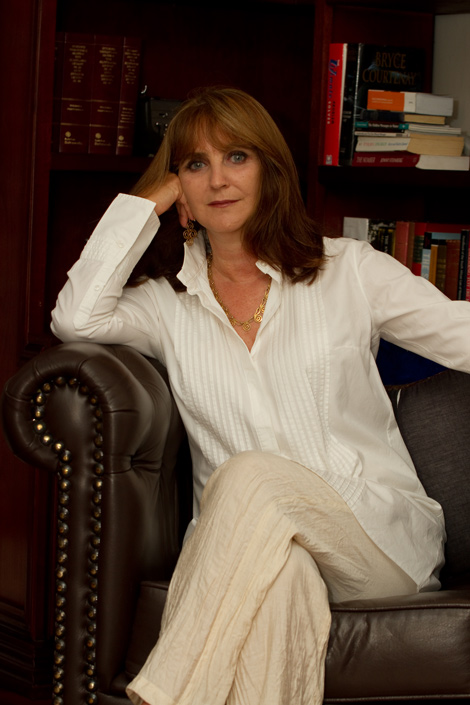 As a child Micki Pistorius’ natural curiosity was cultivated by both her parents and developed into an insatiable interest in history, art and literature. She enrolled for a BA degree, majoring in Psychology and Languages at the University of Pretoria. She has studied German in school and French at university.

She jumpstarted her career in public relations and client liaison, organising events and compiling press releases. Soon she was lured by the printing press and she crossed over to journalism. At a local newspaper she covered general news, entertainment, literature, and tertiary institutions. She then joined the SA Broadcasting Corporation as a radio news journalist and occasionally covered stories for television news.

She relocated to Cape Town and wrote for a local women’s magazine. She was then appointed as Assistant Manager Publications and Educational Services at the SA Nature Foundation, World Wide Fund for Nature WWF in Stellenbosch. She relocated to Pretoria and her interest in nature conservation continued as Assistant Manager Public Relations and Publications Officer at the National Zoological Gardens in Pretoria.

Micki could not stop writing and researching and within a year she had compiled the curricula for the Basic and Advanced Investigative Psychology courses. Due to her international acclaim as profiler, a publisher in the United Kingdom invited her to write an autobiography and she converted her private notes into a book. Penguin SA bought the manuscript and “Catch me a Killer” became a raging international best seller in 2000.

Upon resigning from the SA Police Service, Micki joined a private investigation firm, and she wrote “Strangers in the Street: Historical overview of SA serial killers” which was published in 2002 by Penguin SA. Penguin SA also commissioned her to write “Fatal Females”, covering the crimes of fifty one female perpetrators in South Africa. Micki focussed on turning out three books in as many years. Fatal Females was published in 2004, followed by “Profiling serial killers and other crimes” in 2005. Her fifth book Skimme in die Skadu” the Afrikaans translation of “Catch me a Killer”, was published in 2006 by Penguin SA.

Micki decided upon another change of scenery and returned to television journalism. She joined Zyron, the television production company of actress Sandra Prinsloo and producer Jan Groenewalt. Micki penned the scripts for the television crime documentary series “Donker Spore” and “Justice in the Line of Fire” and she co-presented with Sandra. By then she had featured in numerous local and international television crime documentaries. These include the SABC, M-Net, KykNet, BBC, French national news, “Frei Dosier” in Hungary and Nippon in Japan. Canal Plus in France aired a documentary titled “Micki et le vent noir”, (Micki and the Back Wind) which captured her career as a profiler. Various international magazines, including Paris Match featured articles on her.

One of the greatest pleasures of her life, was writing the fictional historical novel “Sorg” in 2004. Penguin SA decided to launch Afrikaans books and “Sorg” was chosen as one of the pilots. The plot depicts the epic rise and fall of the fabulously wealthy Ostrich farmers and their descendants and spans an era dating from the Creation to the 21st century. The book was well received.

Micki’s career took another turn when she opened her private practice as psychologist and consultant. Apart from a few newspaper articles, serious writing and research were delayed for a while, as she invested her energy into her practice. Micki produced in-house articles on various psychological topics such as stress management, child discipline, neuro-psychology, communication styles, for the consumption of her patients.

By 2010 she could no longer resist her true calling to write and research and she enrolled for an Honnours degree in Biblical Archaeology, since ancient antiquity has always been one of her lifelong passions. She researched and wrote fifteen articles in one year to complete the degree. It is her sincere intention to write a Master’s thesis on the Trojan war and whenever she travels the world, it is to explore ancient Bronze Age sites. She has followed Agamemnon from his stronghold at Mycenae in Greece to the beaches of Troy in Turkey and she followed the more recent footsteps of Alexander the Great to Taxila in modern day Pakistan.

In 2015 she developed an interactive book to function as a website, called “Heroes, a psychological insight into men’s perceptions on relationships.” She interviewed many men and captured their unique and seldom expressed views on love, sex, marriage, divorce and platonic relationships. She employs Greek mythology as metaphoric setting, uses case studies to illustrate themes and supplements the text with explanations on psychological concepts.

The author Micki Pistorius will one day retire on an island where she can write on the beach, in between her travelling adventures to explore archaeological sites.

Follow her profile on Linked-In to read more about this versatile author and psychologist.

Other publications by Micki: